Traveling Without Going Anywhere: A Passage to India 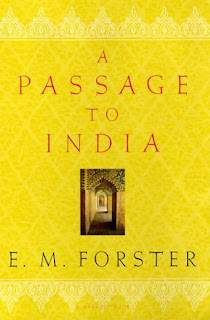 A Passage to India is a thoughtful meditation on the problems of imperialism and race relations, especially for its time.


E.M. Forster’s most famous work, Howard's End, was also revolutionary for its day, a piece of fiction that explored the difficulties between classes and the impossibility of moving up in the world, especially, of all places, Edwardian England.

Just as Howard's End explored the friction between wealthy British men and the impoverished, this novel pulls the reader right into a clash of cultures. The reader is treated to hypocritical, bigoted Anglo-Indians (colonials) who are faithful to their own culture even if they can't be bothered with that of the country where they live. Indians within the novel are often more sympathetic and human, but are still criticized for a flawed social structure.

No one is ever completely right in Forster's work nor completely wrong. The ambiguity is to the author's credit.

As the particularly eccentric character Mr. Godbole comments, "When evil occurs, it expresses the whole of the universe. Similarly when good occurs."

The "evil" of the novel, much like the good, concerns the events leading up to, and the eventual result, of a young English woman, Adela Quested, accusing the respectable Dr. Aziz of attempted rape.

Aziz is the closest the novel has to a main character, as the story begins and ends from his point-of-view. He is impatient, if friendly and harmless. His good nature manifests itself when the other two main characters of the novel, Mrs. Moore and Cecil Fielding, are present. They represent an England that has been taken out of its element. Moore and Fielding enjoy aspects of India, but like Adela Quested, eventually realize their true place in the world is elsewhere no matter their enjoyment of Aziz’s country.

The novel doesn't give an answer to the cultural conflict between India and England, mostly because it was published a couple decades before Indian independence, and it shouldn't. Forster doesn't just triumph with his characters but his impartiality. His novel isn't a portrait of a solution, but a place (the fictional Chandrapore) within a broader world (the not-at-all-fictional India).

Reading Passage to India is like leaving for a trip. You'll never feel exactly at home, especially if you were raised during the latter half of the 20th century, but you'll be happy for going on the journey.

Saying that, it's also a real journey to get to the meat of the story. Published in the mid-1920's, the novel shows its age by the amount of time it takes to find the plot. Most of the novel is spent exploring the complexity of basic communication between cultures.

Everyday conflicts between an Indian doctor having to deal with British superiors, not to mention the alienaton between English tourists and English colonists, are all brought up before the main conflict of Adela Quested's alleged assault even takes place. For impatient readers, it can be a trial to get through, and I would recommend starting with Howard's End before tackling its successor.

So, is this book good, fun, both, or neither?

Better than good–it's brilliant. The fun is intellectual but ultimately satisfying.

E.M. Forster work always seems to be worth the time spent reading it, however, turning a story into an experience. A Passage to India certainly takes readers somewhere different and, hopefully, makes them more thoughtful for their trouble.

Posted by Gillian Daniels at 9:18 AM