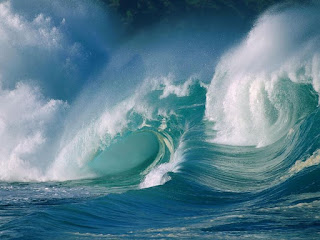 This weekend, I attended Restoring Oceans, Restoring Climates. I've been pretty anxious in regards to climate change recently and have decided the best idea is to, simply, learn. Then figure out what to do next.

The weekend included presentations by Randi Rotjan on maintaining coral and sea life. Her work on revived coral has certainly made the rounds.

Judith Schwartz, who concentrated on land rather than water, spoke in regards to keeping moisture in the soil in order to best avoid draught. Cows Save the Planet looks like an amazing book.

Sarah Valencik and Sarah Zeiberg gave a wonderful rundown of Cashes Edge and coral local to New England. I learned about marine monuments because I am so very much a laymen in this world.

I was fascinated with Tom Goreau's work with the Global Coral Reef Alliance. His interest in re-growing coral and his successes in regenerating biodiversity with salt marshes, oyster reefs, and eroded beaches was genuinely moving.

Brian von Herzen spoke about his work regarding The Climate Foundation. This includes projects like Azolla farming. His hope is to some day not only mitigate climate change, but restore the planet to what it was pre-industrial revolution. I found myself both cynical but happy about the optimism.

And Alfredo Quarto talked about the Mangrove Action Project, carbon sinks, and the work being done to educate the communities where mangroves mitigate the effects of hurricanes. It was amazing.

Genuinely hopeful stuff. Not the dark, wasteland I expected at all. I'm used to seeing environmental campaigns that make me panic, not think. Climate change isn't some powerful, unpredictable death knell. It's a series of smaller problems that all sort of feed into unbalancing nature. I find that complex but much more calming.

Anyway, consider donating to Global Coral Reef Alliance, MAP, The Climate Foundation, and others if you have spare cash.
Posted by Gillian Daniels at 12:25 PM