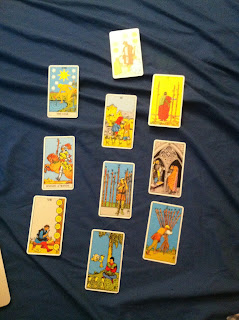 Here are the panels I'm on. Hope to see you there!

Supergods: Superheroes as Modern Pantheon Alcott (Comics) Fri 8:30 PM
Description Superheroes come from the sky, with impossible powers and indelible promises. They show us the light in our darkest moments, and remind us of how we would prefer to be treated. Is it so wrong to imagine them as Gods? In this panel, we'll explore the idea of the Superhero as a modern interpretation of deities.
Mehitbel Glenhaber, Ed Fuqua, Joey Peters, Alex Jarvis (m)


Steven Universe: We'll Always Find a Way Burroughs (Media) Sun 11:30 AM
Description Rebecca Sugar's STEVEN UNIVERSE has been a breakout hit for Cartoon Network. The first series on the network created by a woman, it tells powerful, funny, and moving stories in tiny doses, and has dealt uncompromisingly with issues around gender, childhood, and family in ways both unexpected and delightful. It's also telling a great long-form adventure story. We'll talk about all elements of this show in a panel that, like the show itself, will appeal to fans of all ages.
Max Gladstone, Cody Mattes, Juliet Kahn, Cassandra Lease (m)

Marvel Cinematic and TV Universe, 2016 Edition Marina 3 (Media) Sun 1:00 PM
Description The last year has seen two movies (AVENGERS: AGE OF ULTRON and ANT-MAN), and seasons of four TV series (AGENTS OF SHIELD, AGENT CARTER, DAREDEVIL, and JESSICA JONES). What's the current state of the MCU? How is progressing creatively? Is it still cohesive? Do all of the shows and movies still work well together, or are there cracks starting to show where things are being forced? We'll have our annual review of all that's good and in need of improvement, as well as looking ahead to 2016's movies.
Sarah Weintraub, Gordon Linzner, Ed Fuqua, Bob Chipman (m)

Speculative Poetry is Awesome Marina 2 (Literature) Mon 11:30 AM
Description Over the past decade, speculative poetry has increasingly turned toward the mythic, personal, and powerful in subject matter, with venues such as Strange Horizons, Mythic Delirium, Stone Telling, and Liminality showcasing a new generation of poets who’ve redefined what this type of writing can do. Come discuss what's new and wonderful in the world of speculative poetry!
Shira Lipkin, A.J. Odasso, Julia Rios (m), MJ Cunniff

Gravity Falls Marina 4 (Media) Mon 1:00 PM
Description Over the last two years, *Gravity Falls* has moved beyond its initial goof setup and developed an incredibly layered mythology, all while still providing some emotional character development and a pair of genuinely loving siblings whose differences help the plot. Now that the mysteries and threats have increased, how is the show holding up? We'll discuss our favorite fan theories, the end-of-episode codes, and more.
James Hailer (m), David G. Shaw, A.J. Odasso, Trisha Wooldridge
Posted by Gillian Daniels at 1:51 PM