Months That Are Girls' Names

Okay, so March is not technically a name (or at least not a name I'm aware has any popularity outside my imagination), but I'll start there.

Vericon, in size thought not in spirit, is a sliver of a convention.  It's hosted by Harvard University each March.  I heard about it last year but decided to go when I saw the guest list not only had Jo Walton, but also Shira Lipkin, Saladin Ahmed, Greer Gilman, Scott Lynch, Patrick Rothfuss, M.L. Brennan, and one of my writing workshop cohorts, Max Gladstone.  Elizabeth Bear, my third week Clarion teacher and owner of an exquisite mind, was there, too.

I'm sorry, but those are a hell of a lot of heavy-hitters for a con of this size.  The Harvard campus already feels like it's carefully folded into Cambridge, demurely gated on the outside but expansive when you step foot on its grounds.  This convention is like the meeting of a secret society.  Except it really isn't. While not the most tightly run ship to sail the seas of New England conventions, I'm looking forward to going there again.  It was a unique animal. 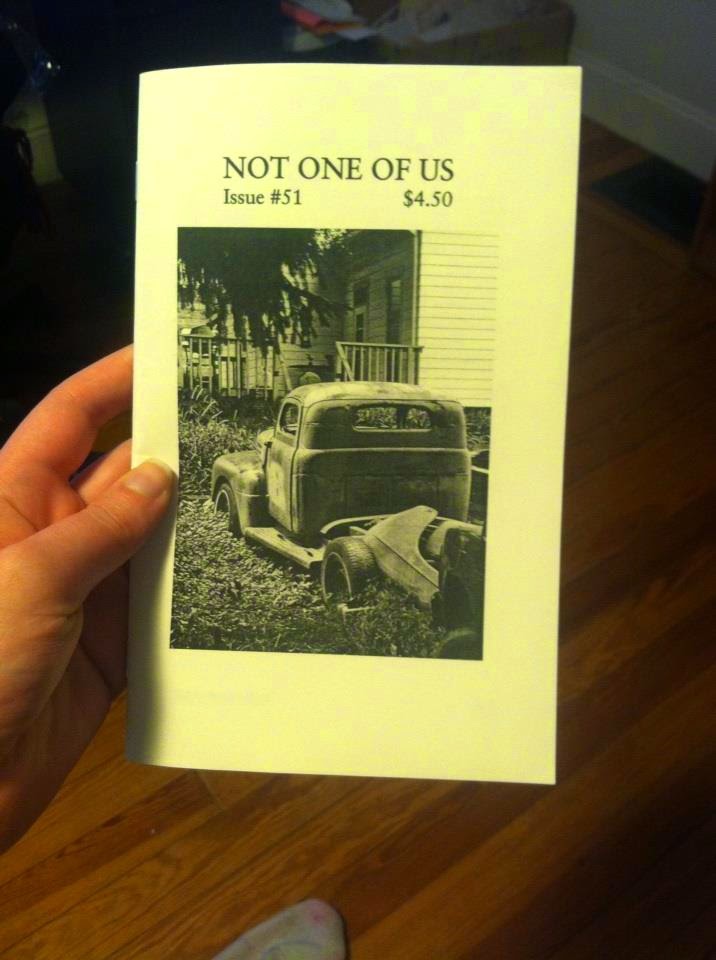 In April, I took a one-week trip to Paris. It was a supreme delight, the weather staying firmly in the sixties and the rain sort of gentle and pretty even when it fell on you.  It's the best kind of spring there right now, though my friends and I sneezed a bit because every last tree was in bloom.  Also, there were lots of lines.  Everyone in Europe had also realized the weather was fantastic.

We rented a small apartment together about fifteen minutes away from Notre Dame, ate at bistros, drank kir, and saw some amazing parts of the city.  I saw art and ate a lot. It was a diet that mainly consisted of chocolate, bread, cheese, and ice cream.  My original plan was to turn this blog into a travel journal for that period, but I was a bit distracted.

I came home to find my contributors' copy of Not One of Us #51 in the mail.  It's a great issue, with Mat Joiner, Sonya Taaffe, and other talented folks.  I'm really pleased to be a part of it.  You can take a look if you're intrigued. 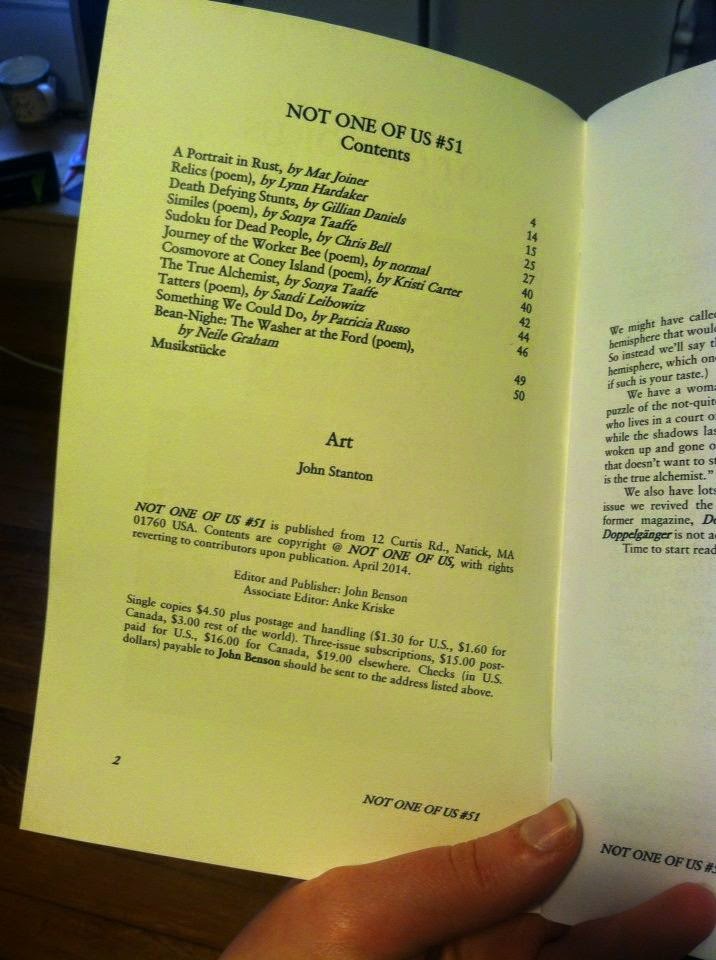 The story I have in there, Death Defying Stunts, was one I originally wrote during my time at Clarion.  It's about a girl, a personification of death, and Houdini.  I revised it multiple times over the past couple years and re-wrote it.  Then I smashed the first and second version together with a new ending. I'm pleased it found a home with John Benson.

This past week, I celebrated my birthday while Strange Horizons was kind enough to post my poem, "The Liar's Charm."  At six months, I think it might have taken, cumulatively, the least amount of time to edit of my published poetry so far.  So, um, I work slowly.

Special thanks to poetry editor A.J. Odasso for accepting this monster into the SH fold.  I'm so glad to be a part of this publication's legacy.  I definitely recommend reading through the archives.
Posted by Gillian Daniels at 3:59 PM