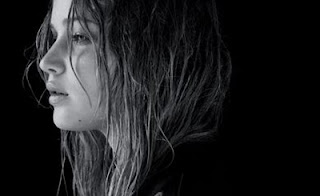 At the beginning of this year, I wrote about the first book in The Hunger Games series and its cinematic qualities. Though the book didn't leave me looking for more (yet), I thought it would make a pretty good film.

Also last year, I saw a brittle but exceptionally well done movie about meth dealers in the Ozarks. In Winter's Bone, Jennifer Lawrence stars as Ree, a ballsy 16-year old with military ambitions looking to save her mother and siblings from homelessness and starvation.

So guess who's been cast in the oddly similar role of Katniss Everdeen for the screen adaptation of Suzanne Collins's novel?

Maybe Lawrence is being typecast, but at least the filmmakers have the right idea. We need more kickass women in cinema, especially in mainstream movies.

Consider my ticket for the movie bought.
Posted by Gillian Daniels at 2:15 PM