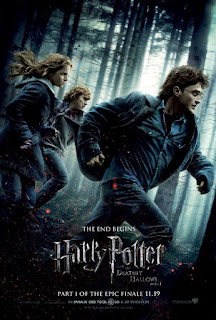 Throughout each film in the Harry Potter franchise, there are perfect, joyful moments. In some places, the movies even improve bits and pieces of the books that, despite Rowling's creativity, just didn't work.

For every one of these moments, though, there's five minutes of bumpy storytelling, forced emotion, or meaningless CGI.

Maybe a future adaptation of Rowling's full series––one that, I hope, judging from an impressive sequence in Deathly Hallows Part 1, is fully animated––will balance the magic of the books with the visual language of film-making. Today, the series as a whole is pretty hit or miss at best, soggy and dull at worst.

So, for the most part, despite seeing each one of the films, I've been largely unsatisfied with the adaptions of Rowling's books to screen.

Harry Potter and the Deathly Hallows is not adapted from my favorite book. The last volume of Rowling's amazing work just doesn't feel as welcoming or warmly private as the rest of the series. Maybe it's because the plot line deviates so much from the pattern set by the rest of the books.

No Hogwarts or Hogwarts Express until the latter half! Every atom in me cringed when I read it for the first time and realized how far the plot would wander from the usual haunts of the characters. Instead, it's all camping and slow build-up. 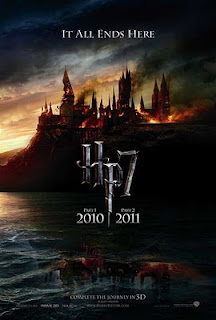 be the last book feels so strange because Rowling finally realized her world, after ten years, now belonged to the public as much as it belonged to her. My theory is that she knew her fans were waiting for her to finish and her writing suffered from the pressure. In interviews, of course, she's said she's satisfied with the story she told, so this is purely speculation.

The first part of the movie adaption feels tightly constructed when the original book was everywhere at once. The actors, producers, and production team involved have been making these films for a very long time. They know the rhythm. Masterful hands are at work here, smoothing the edges of a series that began to fray before it ended.

Deathly Hallows Part 1 begins with each of the three core characters in separate scenes, all connected by a sense of isolation. Harry Potter (Daniel Radcliffe) watches his adoptive family, the Dursleys, pack up and abandon their house on Privet Drive; Ron Weasley (Rupert Grint) stands outside his home while his mother and sister are behind him, working in the kitchen; and Hermione Granger (Emma Watson), in an action that may flummox viewers who haven't read the book, erases her parents memories and strips each photo in their house of her image.

These three actors provide the most emotionally satisfying moments of the film, whether they're together or alone. 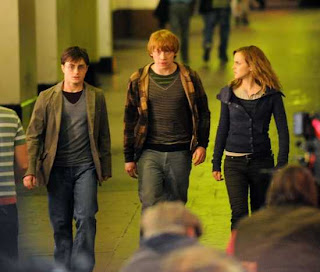 Some of their performances have been uneven in the past––Watson plays Hermione with a melodramatic flare and Radcliffe has always made an intense Harry Potter––but at this point, they know their characters front to back. Radcliffe, Watson, and Grint are as ferociously charming as they were as children in the first film, though they don't approach their roles with anything resembling the same naivete. Each character knows exactly who he or she is even if the world around them is in a state of flux.

The story keeps the three of them as its centerpiece when Hogwarts School of Witchcraft and Wizardry is nowhere in sight.

For a little while, the far more liberal storyline allows the movie to play with its own genre. Seeing the characters wandering around metropolitan London and sitting in a diner is surreal but strangely nice, as if the series were an urban fantasy instead of a boarding school fairy tale.

The entire story briefly becomes a heist film when Harry, Ron, and Hermione disguise themselves as adults and break into the Ministry of Magic. It's an interesting moment of speculation on behalf of the franchise as their disguises could just as easily be the aged characters in a few decades.

Ron's storyline, like the book, moves the film into Arthurian legend and loyalty. Grint has had a tough time finding his footing with his character in the past. While Rowling's books make him complex and vulnerable, his outstanding characteristic on screen has mainly been "inept." I'm sure the screenplay is more at fault than the actor, however, as Deathly Hallows finally shows Grint playing the flawed but noble guy he was always meant to play.

His finest hour is no doubt the film's weirdest, though, with an awkward hallucination and mucky teenage emotions that stay with the viewer for a long time afterward.

So. Is this film good, fun, both, or neither?

It's the best made and most involving of the series, but long, drawn-out segments of the film are neither.

It earns some of my love for two things: 1) its brilliantly executed animation sequence and 2) my nostalgia for the rest of the series, an emotion that some viewers just aren't going to feel as firmly.

During the film, a number of characters die. It's a Harry Potter film, though, so this is par for the course. One death, however, hit me terribly hard and I began to cry as I sat at the midnight showing, otherwise happily sandwiched between good friends. 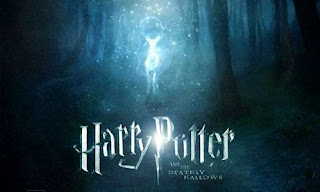 Though I whine about the flaws of the Harry Potter films, they are as wrapped up in my life as the books ever were. This movie dredged up all the hormonally sodden memories of my early and late teenage years, especially the ones where books like Harry Potter and the Prisoner Azkaban seemed like the only dependable companions in the world. I cried for the death of the character as well as for myself. I felt a sense of isolation I hadn't felt since I was much younger.

I don't feel as emotionally cutoff as I once did, but the angst of Deathly Hallows reminds me of those days.

This series of Harry Potter films will probably never be perfect, no matter the perfect execution of its performances or how many times Daniel Radcliffe takes off his shirt (it's like the filmmakers want to make his pecs a co-star or something), but I'm glad there's another film. Saying goodbye with this one would have been all right––it's the best in the series, right now––but it would have been too soon for the franchise as a whole.
Posted by Gillian Daniels at 1:45 AM