October is in the rearview mirror, now, but for me, spooky season is forever. 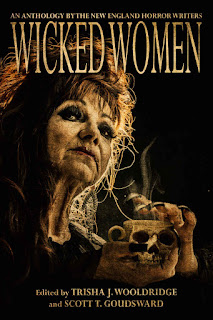 On November 24th, Wicked Women: An Anthology of New England Horror Writers dropped. It was edited by Trisha J. Wooldridge and Scott T. Goudsward with a cover by Lynne Hansen. The writers in it, among many, include Jane Yolen, Hillary Monahan, and myself. I'm ecstatic to be in such company.
I wrote the short story that was accepted to the collection, "Eyes Like Silver Dollars," some years ago. It was wonderful to edit it under the guidance of Trisha Wooldridge. I spoke about it at length with her as well as fellow writers Lola J. Clemente and Christine Lajewski, and the cover artist, Lynne Hansen, for the Wicked Women panel we recorded for Salem Horror Fest 2020. 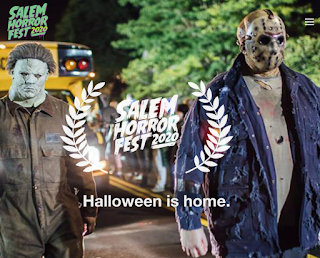 You can find the specific "Wicked Women" panel here and other programming here!
Please take a look. It was an absolute pleasure to be a part of this online convention, especially during the isolation of the pandemic.
If that's not enough for you, I did a reading for the fest, as well!
It's actually from the beginning of "Bobbie and Her Father," my other short story published this year.
This story has garnered some delightful praise, which you bet I'm linking here for my own edification:

The father in the thought-provoking “Bobbie and Her Father” by Gillian Daniels is a modern Victor Frankenstein, and Bobbie is his creation. [...] [O]ne is left pondering many of the themes of Mary Wollstonecraft’s original: the consequences of one’s actions, the ramifications of playing god and/or trying to conquer mortality, and the fact that monsters are not born monsters.

The story is by turns heartbreaking and frightening, and while it is not without its death and gore, at its heart, it is a story of monstrous loneliness rather than monstrous rage.

Oh my gosh. THIS STORY. It is a wrenching, horror-ifically funny, and devastating take on Frankenstein, all set in modern-day suburbia, and featuring the regular kinds of people that probably maybe live on any given street. Daniels's story twists and turns through unsettling scifi, to horror and dark comedy, into something that is almost (but only almost) heartwarming.

Thank you. I'm so moved. I was so nervous when The Dark Magazine agreed to publish this story, but I should have realized the audience for it was there and waiting.
Speaking of readings, the YouTube channel TheDevilsInterval did a reading of my short story, "Older Sister." It was originally published in The Dawnline RPG with Voidspiral Entertainment in 2018.
The narration is amazing. You should totally check out his channel and the other stories he's read and produced.
Last but far from least, I wrote a piece of theater/teleplay which premiered in October. It's called, "Let Slip the Dogs of RAWR XD" for our Catalyze Open House. It was a crash course in learning how to edit video, too, which was enormous fun.
Sienna is Kitty Drexel, an actress and my editor over at The New England Theatre Geek. Shawn is played by the excellent Joshua Berkowitz-Geller and Baby, the dog, is the esteemed Jenny Gutbezahl.
I wrote this with Catalyze Playwriting Group, which we premiered in the Catalyze Open House which I helped design, another learning experience that was fascinating and rewarding. 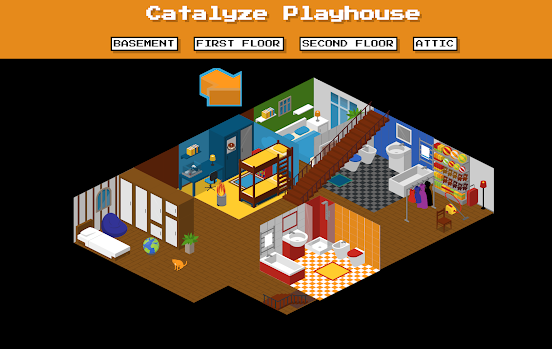 I absolutely recommend clicking through to find the many Easter eggs my fellow playwrights and I hid throughout. One is a Twine game I made in the basement!
This is all to say, I've been busy and doing my best to take care.
I hope you're taking care, too.

Posted by Gillian Daniels at 4:00 AM