One Week After Clarion 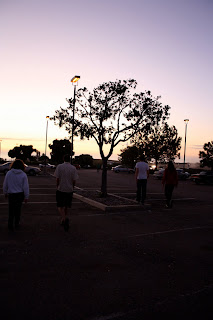 I'm still trying to process everything that happened at Clarion. It was a happy experience, a stressful experience, and something that I think has given me a lot of perspective.

Comic-Con was an adventure. Due to the generosity of one of my Clarion fellows, I was able to be there not just for one day but THREE.

I spent Friday afternoon in the dealers room while Saturday and Sunday were mainly used for panels, like the Voice Actor Q&A, The Last Airbender: Legend of Korra, and Doctor Who. All three had magnificently long lines. Perhaps much more wisely, other Clarionauts spent time in the YA and literature panels.

I had a lot of fun scoping out the publishing section of the dealers room. I preferred the booths involving indie comics and fiction to the ones in the more commercial part of the convention center where all the TV channels and movies were handing out promotional material. The crowds were particularly dense down there!

Hope I can make it to Comic-Con again in the future!

The last two weeks of Clarion involved particularly close and enlightening sessions with Kij Johnson and John Kessel. Excellent writers and wonderful teachers with different strengths that lent depth and credibility to their lectures. Saying much more would force me to gush. Suffice to say, I would be very sad if I never met them again. 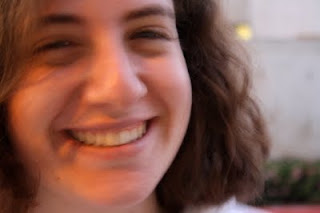 Workshops in the last couple weeks became particularly eloquent and fun. You could tell everyone had gotten to know each others' writing styles and tics. Kim Stanley Robinson stopped by and said he was impressed.

It was nice to feed off of such supportive energy from everyone.

It may be a while before I gain enough distance from Clarion to discuss it objectively. Explaining it to friends and family here at home has been hard, but they've been patient. They know I've done something enormous and that it's going to lead to great things.

Though perhaps it already has.
Posted by Gillian Daniels at 8:44 PM