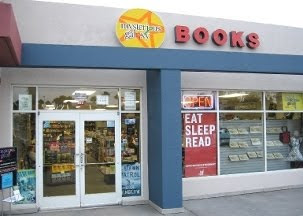 Last Week's Workshops: Nina's Wednesday workshop involved an excellent exercise utilizing setting. We wrote about the memories of our living rooms when we were 10-years old. Afterward, and proving to be much more of a challenge, we wrote about the same room from each of our mothers point-of-views. Fairly difficult, but rewarding.

Thursday and Friday involved a great deal of workshopping fiction. I think we had five stories to read for each day.

Friday afternoon, though, after class was over, we did an hour-long exercise that involved outlining a novel. I initially tried to do a novel idea I've been having for a while that switches between four different main characters, but this turned out to be pretty difficult given the time constraints.

I've saved all the handouts and exercises for after the workshop when, hopefully, I'll have More Time. People refer to this mythical More Time a lot. It feels like it's been longer than a week since Clarion began, but it's still going to be far too short, which is very unfortunate.

The Wednesday Reading at Mysterious Galaxy Bookstore by Nina Kiriki Hoffman was great. Our instructor for the first week, and honestly one of the most encouraging writing teacher's I've had, read a short comedy-horror piece involving airports and flavored emotions.
Afterward, she took questions from the audience; when they ran out, she began to ask them things (one audience member turned out to own a hawk).

The bookstore itself is lovely and full of all the new (and old) releases I've been dying to read but can't possibly fit into my suitcase all at once.

On Saturday evening, we said goodbye to Nina with cards and cookies. She seemed to like that.

The Weekend: THE BEACH. Gorgeous weather, fantastic carpool volunteers, but the Pacific was rough and full of seaweed. I swallowed a lot of salt water came back with most of the beach in my bathing suit. I loved it, but wow, I couldn't get out of bed Sunday, I was so tired!

Today's Workshop ended the Nina Kiriki Hoffman Era and marks the advent of this week's instructor, John Scalzi. We dove right into Monday's critiques. Afterward, we had a discussion on the use of electronic publishing and the current state of the industry. Scalzi has a very optimistic outlook on the whole thing.

Tonight: A bunch of us Clarionauts went down to the bridge that leads to the cafeteria where we eat. From there, we saw two firework shows free, though both were partially obscured by trees. Scalzi brought his extremely charming family. Everyone else brought beers.

We all made wise-ass commentary throughout.

It was really, really fun.

And yes, Clarion students, being hardcore, work through the 4th of July. (Though, yes, some of our number aren't American.)

As for me, I turned in my second story, today. It's hard to turn in work you're not sure is done. It's also hard no to look over the shoulders of fellow students as they write comments in the margins.

You know what's not hard, though? Having my work read and considered by very thoughtful people. It's a really nice feeling.
Posted by Gillian Daniels at 9:32 PM