Love and the Cult of Celebrity 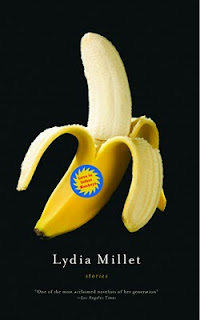 Lately, I've been on a quirk binge.

Why not? Quirk makes the world a more charming place, where no drama is too serious to insert a little playfullness.

Filmmaker Wes Anderson is partly responsible for my recent descent into the giddy joys of quirkdom. I've long been a fan of The Royal Tenenbaums (2001) and have heard excellent things about Rushmore (1998), but didn't think to watch the latter until a few days ago. Then I watched The Darjeeling Limited (2007) and The Fantastic Mr. Fox (2009) in close succession. Thus, my senses have been beguiled with sumptuous, deep-focused and deeply detailed shots.

I've (happily) fallen prey to the siren song of Anderson's world, where gentle caricatures use soft-spoken dialogue to express their worst fears and every set is colorful and inviting.

Having quirk and no content is useless, however. Wes Anderson would have been written off by critics long ago if all he produced was fluff. He starts with innocent situations and works down deep to find the gritty problems beneath them.

Which brings me to Lydia Millet's writing, where gritty troubles are handled delicately but in a warm manner.

Millet's 2003 award-winning novel, My Happy Life, dresses up an orphan heroine as a clinically cheerful Pollyanna thankful for every waking moment, no matter how dire. Happy Life is a dark narrative about abuse and neglect, but the main character is too innocent to realize how poorly she's been mistreated. It's never explained whether her upbeat attitude is a mental defect or raw naiveté, but her baseless optimism saves a genuinely beautiful novel from plummeting to dreary depths.

On the other hand, Lydia Millet's story collection Love in Infant Monkeys (2009) starts off with a fairly cute idea––narratives combining celebrities and animals––and uses the theme as a springboard for far deeper contemplation. The ten story collection moves from modern tabloid darlings to historical superstars.

The first and one of the strongest pieces of the book, "Sexing the Pheasant," is written from the perspective of Madonna as she hunts birds in the woods with Guy Ritchie. The story was probably penned when the pair were still a couple (to my limited media knowledge, they no longer are), but feels far more timeless. In "Pheasant," the Madonna described is a performer lucky enough to land the title of "icon" though far from reluctant to take full credit for her ascent to fame. The depiction is never fully flattering or critical; Madonna is written as thoughtful and intelligent if unaware of the extent that power has affected her.

"Girl and Giraffe" concerns conservationist and lion-aficionado George Adamson as he relates his observation of a surreal encounter between predator and prey. Though written masterfully, the story doesn't quite match up with "Sexing the Pheasant," though its details are as sharp as Millet can get in her writing.

"Sir Henry" and "Love in Infant Monkeys" are moodier character pieces, with the former concerning a high strung dog walker and his celebrity clientele and the latter about scientist Harry Harlow and his experiments. The portraits are incredibly intimate but never judgmental. Millet is often as closely connected to her human characters as her non-human ones. There are certainly moments I wished she would probe her subjects deeper, but these moments are few and far between. 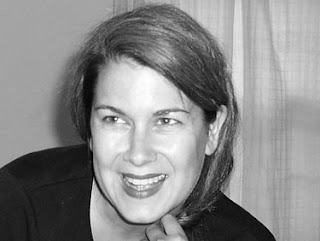 "Thomas Edison and Vasil Golakov" hits a far deeper vein. Edison's filming of the electrocution of an elephant, Topsy, and his subsequent (and imagined) conversations with the still images creates an involving tale. Lydia Millet's creativity proves to be staggering.

"Tesla and Wife," "Chomsky, Rodents," and "Jimmy Carter's Rabbit" step away from the cult of celebrity a little, allowing fans and observers of the celebrities in question to have more developed voices in the narratives. "Tesla" is excellent, but "Chomsky" and "Jimmy Carter's Rabbit" are a couple of the weakest stories of the collection. Considering the strength of the entire book together, though, I would have to read them out of context to see how weak they are alone.

"The Lady and the Dragon," without giving anything away, takes a step further back to consider the illusion of and fascination with celebrities and how they affect the lives of otherwise fairly normal individuals. It's an excellent companion piece to "Sexing the Pheasant," with one complimenting the themes of the other.

The last story, "Walking Bird," like "Chomsky" and "Jimmy Carter," is difficult to consider outside of the collection. It feels more like an end piece than an individual story.

An initially quirky premise, at the end of the book, seems like a perfect stage to question the human condition. Stepping out of her stories, afterward, tempts dizziness and disorientation. The worlds she creates, like Wes Anderson's, are bubbles of reality that aren't quite as separate from the rest of the world as they seem.

Anderson is somehow chiefly a mainstream director despite his unusual fare, breathing life into a medium largely held down by the thumbs of meddling film studios. Millet, meanwhile, somehow brings new meaning to the lives of oft-written about mega-celebrities.

There's an intriguing power to the way Lydia Millet handles subjects and people normally over-written. They feel new in her capable hands, revived from the tabloids and studios that have used them to often.

Both, but especially good considering the artfulness with which Millet uses language.

Love in Infant Monkeys isn't a very long distraction for the voracious reader, though. It can be polished off comfortably in an afternoon; two if you're reading more than one book at the time or are switching back and forth between a film.

Posted by Gillian Daniels at 2:33 PM